Facebook welcomes Team Trump back with open arms and wallets

Facebook welcomes Team Trump back with open arms and wallets 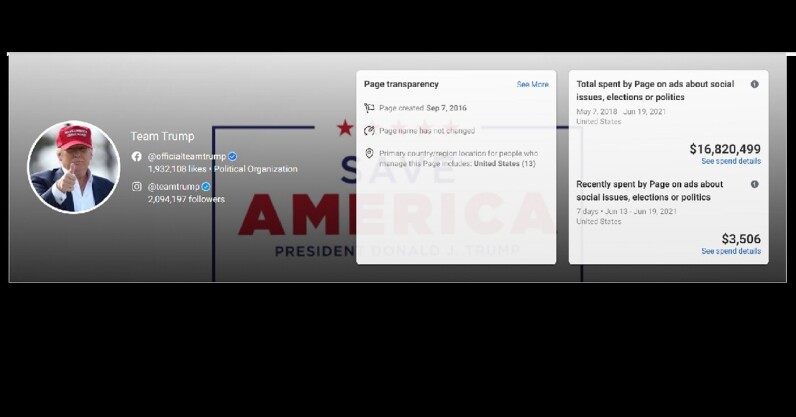 Facebook is doing a terrible job of banning Donald Trump from its platform. From its failure to hold the former president accountable for the myriad misinformation campaigns conducted on his behalf by members of his campaign team from 2015 through 2018, to the most recent nonsense, it’s apparent that Facebook’s somehow vested in keeping Trump on the social network. Up front: Facebook’s allowing “Team Trump,” a Page directly associated with numerous leadership and conservative PACs run by Donald Trump, to remain up and advertising on the site as of today, 21 June. According to a report from FWIW: The official…